Why build the World of Facts?

Back in the fall of 2017, as part of a business school course, we were asked to pitch a new startup idea in under 1 minute.


"Facts matter. The Truth matters. This is why I want to present to you today what I like to call: the Internet of Facts."

I do not recall the rest of the presentation precisely, but these first few words were carefully selected and have been roaming at the back of my mind for many years. Even though the message is positive and hopeful, it is relevant today more than ever because of a sad truth: misinformation is a huge problem.

For instance, that year, there was some strange trend...

With the Internet, it is now easier than ever to find and exchange information. Most human beings have a device at arm's length, 24/7, that gives them access to sources of information that nobody, just a few decades ago, could have dreamed of. The amount of information created is growing exponential and showing no sign of slowing down: 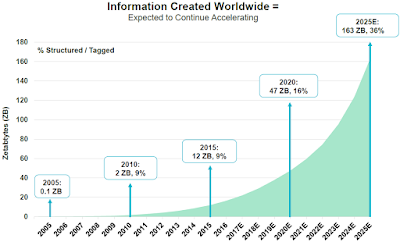 Books that took hours to parse can now be searched in seconds. News from other countries would take days to reach, while the morning's newspaper is now seen as slow, being about yesterday. Friends and family members who would exchange letters over weeks can now catch up on live video calls, even from a moving car!

So what went wrong?

Here's an expression I keep using: the Internet backfired spectacularly! This network that was supposed to make everything easier, when it comes to information sharing, actually made it worse... much much worse. Don't get me wrong, thousands of things are better today, because of the internet, but the main thing that was supposed to be better - finding reliable information - went haywire.

We used to have to rely on a few news outlets to get to know what is going on, both locally and globally. Our views were limited to what these networks were choosing to cover. The obvious issue with such centralized systems is that whoever is in charge can decide what is news worthy, or not. A handful of executives could collude to kill or promote specific stories, with the public kept in the dark.

In recent years, the exact opposite happened. With the rise of what is often called the Web 2.0, any internet user can become a "journalist". Power to the people! Great! But... How do we know what's true? This is where the internet's "backfiring" really happened. By having anyone and everyone be a content creator, checks and balances were completely removed, for better and for worse. 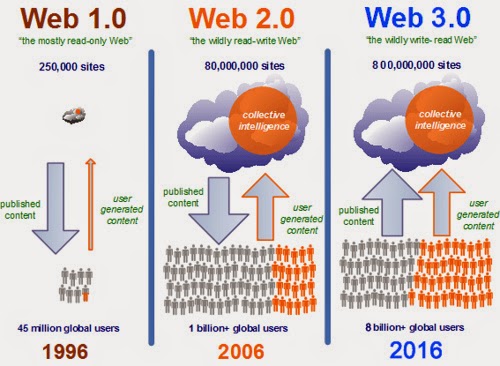 It's great to not have to depend on a few, limited, and heavily controlled, sources of information. What is not so great is when flat-earth theories get the strongest voice they have ever had over millennia. Yes, millennia, literally! Over 2,000 years ago, when people thought the Sun goes around the Earth, they still did not think it was flat. The Greeks are reported to have been among the first to study the curvature of the Earth, and even find ways to estimate its size, centuries before that. They had no satellite, no rockets, no airplanes... yet someone flying on a plane today tried to demonstrate that it is indeed flat.

Are flat earthers really serious? The point is that it doesn't matter.

We can never really tell whether someone truly believes what they say, but it doesn't matter. The danger with the Internet is that even the most obvious satire can be interpreted as truthful information. Flat-Earth theory might be a fringe case, but what about vaccines, or the age of the Earth, or the Theory of Evolution, etc...? There are many topics where 99% of experts agree, but not the general public. And then, when we try to assess some breaking news, some fresh piece of information, where even experts don't agree, what are we supposed to do?

We don't know who to trust.

The problem is that we really have no way of knowing which source of information is accurate and which one is not. Sadly, we all end up in some kind of information silos, or even some form of "echo chamber" where we hear what we want to hear, not what we should be hearing. Individuals end up getting information based on their personal preferences and biases are reinforced, instead of being challenged. This is why we need to build something better. This is why we need new tools.

This is why we need the World of Facts.

Thank you for sharing your thoughts!

Misinformation around COVID-19 is rampant; here's the easiest way to set the record straight

Visit the prototype at  WorldOfFactsGame.com ( TO SKIP INTRO - CLICK HERE, OR SCROLL DOWN ) Very few situations are black-and-white; except perhaps that my wife is the best. There are often nuances that need to be considered to get the full picture. This applies to the topic of COVID-19 just as much, if not more, than anything else. While some facts are clear to most, others... not so much. So what went wrong? And is there a way to try to bridge the gap between polarized groups of people who clearly get their information from different sources? First, it seems clear that everybody agrees on at least 1 thing:  COVID-19 is an infectious disease caused by a newly discovered coronavirus labelled SARS-COV-2. However, it seems that we cannot move even 1 more step forward without running into disagreements! Try to answer any of these questions and you will not find a consensus: What's the origin of the new coronavirus? How quickly does the virus get transmitted between individuals? Once i

That's the number 1 question that comes up after I give a quick summary of the World of Facts' goals: Fight misinformation by gamifying fact-checking and creating a novel logical tree for humanity’s knowledge. To better explain, here's a 300-word summary... -- What is it -- The World of Facts is a user-driven encyclopedia born from the desire to have a novel, public, tree of knowledge. It will help anyone not only verify the truth about a statement, but also the reasoning behind it. -- Why is it important and why now -- Social media is fast becoming people’s primary source of news, but most posts never get fact-checked before being disseminated. It is extremely difficult to verify this content at scale and there is no fast, engaging and easy way for people to verify the accuracy of what they see. Existing tools like Wikipedia or Snopes fall short as they do not show logical links between facts. Currently, unverified sources are used to inform opinions on crucial issues like